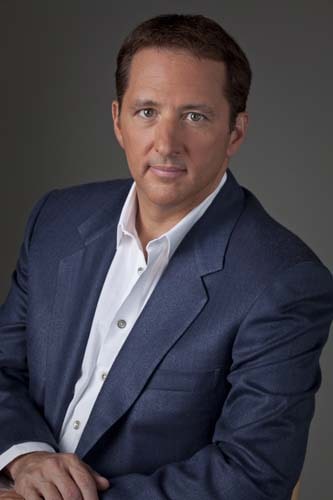 Who Is Kevin Trudeau?

Kevin Trudeau, the NY Times #1 bestselling author, is one of the most unique, controversial, and impressive Success Stories in American history.

﻿﻿﻿﻿﻿For the last 3 decades, Kevin Trudeau has been known as:

His critics have called him everything from a snake oil salesman to a fraudster.

The US Government has been trying to discredit and silence him for decades, making undocumented, unsubstantiated and false allegations about Kevin relentlessly.

The mainstream media simply parrots the Government untruths and lies about Kevin.

The “tech giants”, TV and radio have been censoring Kevin for decades.

The over 100 million supporters of Kevin however, know the truth about Kevin Trudeau. They say he is real, genuine, and authentic. Those millions of people who have benefited from Kevin’s works tell the “real” and true story of who Kevin Trudeau is.

You can read some of their stories and testimonials here.

Today Kevin Trudeau is a:

Kevin teaches people through his books, audios, videos, online training, live training, one on one coaching, consulting, and written courses how to be Happy, Healthy and Wealthy.

The main areas Kevin Trudeau teaches on are:

Kevin teaches many “secrets” that are not taught by anyone else, in any format, anywhere in the world (except some ‘secret societies’).

He empowers the powerless. He is a voice for the voiceless. And a “Champion” of the “Little Guy”.

Kevin helps people become more self reliant and self sufficient.

He helps to release untapped potential in ways never before taught to the masses.

He has now dedicated his life to helping people all around the world improve their standard of living and quality of life in all areas.

His main focus is helping people attain their goals and dreams, and most importantly, achieve inner peace, joy and bliss by sharing love and compassion to all humanity.

Kevin is now dedicated to a life of selfless service to humanity.

He will continue to expose government, mainstream media and Big Tech censorship, suppression of Free Speech, and corruption.

Kevin is dedicated to serving humanity.

Kevin Trudeau desires to increase in the world:

Due to his extraordinary ongoing spiritual development and exhibited “mental and energetic powers”, he has been given called by people that know him well such things as: Guru; Enlightened; SELF Realized; A Perfected Spiritual Master; Sage; Seer; Psychic; Channel; Clairvoyant; Medium.

Kevin claims he is none of these things.

A partial listing of Kevin Trudeau’s many past accomplishments include being:

Kevin was born into a lower middle class blue collar family (his French Canadian father was a union welder and his Italian mother was a full time wife and homemaker, both with only a high school education).

Kevin grew up on “the wrong side of the tracks”. Early in his schooling he was told that he had a learning disability and a speech impediment. Although bright with an extremely high IQ, Kevin had little interest in high school, almost “flunked out”, and barely received a high school diploma. He never attended college.

In the early 70’s Kevin met a successful man he would call his “Uncle” and who would be Kevin’s first and most important mentor. This man was a member of a global “secret” organization known as “The Brotherhood”. Kevin’s early “induction” into this very private organization was where he was trained and exposed to the “Secrets of the Global Elites”. This is where Kevin received his “real” education.

Over the following years Kevin Trudeau was taught “The Secrets of Success” and how to:

Kevin would go on to read over 5000 books and attend hundreds of seminars, workshops and training programs on these subjects. He also studied in depth quantum and atomic physics; how the mind works; yoga; tai chi; chi gong; and many other ancient methods and systems that produce health, wealth and happiness.

Kevin Trudeau also studied ancient teachings and manuscripts that relate to spirituality including:

Kevin Trudeau’s mentors and teachers over the years (that he knew personally) include:

Kevin is not “religious”, but is deeply spiritual.

He desires to love everyone without condition and exception.

Kevin focuses on being pure compassion, consciousness and understanding.

Kevin also focuses on being “fully awake, aware, and conscious”.

“We are all the pure and perfect expression and extension of “God’s” love and light.

Just as “God” is love, so is everyone. We are all pure love, light, and consciousness.”

Kevin’s message to the world is:

“Everyone has unlimited and untapped potential to create the life they choose, as well as Be, Do and Have whatever they desire”.