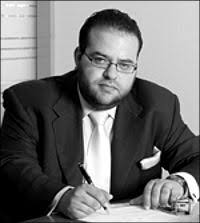 A Letter From A Friend

Imagine, if you would, being sentenced to spend a decade in prison without being convicted of a “crime”.

No fraud, no felony, and not even a misdemeanor (like your garden variety DUI rap).

Picture this draconian sentence imposed on you, not by a “jury of your peers”, but by a singularly mortal and fallible federal judge.

Ponder what it would be like to be emphatically and cynically denied every opportunity to defend yourself against ridiculous “charges” leveled against you, not by ANY law enforcement agency, and not by any “complaint” filed against you by any “injured party”, but rather by ONE virtually omnipotent and pettily vindictive federal judge.

To be forbidden to so much as utter the phrases “first amendment” and “free speech” in “HIS” courtroom, as if these were personal affronts to the judge rather than fundamental rights granted to every citizen of this country vis-a-vis its supposedly respected and revered founding document.

Put yourself in the shoes of a completely innocent person as he is handcuffed and shackled, with bail denied, and thrown into MCC (Metropolitan Correctional Center) Chicago, one of America’s toughest jails, to defend himself amongst “real criminals”: convicted murderers; armed bank robbers; human traffickers; drug kingpins; mafia hitmen; violent and ruthless gang members; and pedophiles. Having the “courtesy” of being offered solitary confinement extended to you by your jailers “for your own protection” (naturally), as you stare down the prospect of ten more years in the federal penitentiary system.

Sadly, the above is not a teaser for a fictional Grisham-style thriller. This is a real story unfolding right now in 21st century America, the land of the free and the home of the brave, the “shining city upon a hill”.

Kevin Trudeau is one of the world’s most prolific and popular #1 NY Times bestselling authors and radio hosts. More importantly (to me), he has, in the course of the last 30 months, become one of my closest friends. Kevin is currently incarcerated because he has been sentenced to the LONGEST PRISON TERM ever imposed in HISTORY for “contempt of court”. 10 years. 120 months. 4,380 days.

Most people get held in contempt for arriving late to a hearing or talking shit to a judge. Most people might pay a $500 fine -or- for egregiously prominent displays of disrespect – spend 30 days behind bars in county jail.

But guess what happens if you really, really, REALLY piss off a federal judge?

If you dare to commit an act as unconscionable as Kevin’s, who dared to go on TV and exercise his right to free speech by promoting a book that certain powerful lobby groups did not find as illuminating as the millions of readers who purchased it and loved it?

In that case, the judge has the sole and personal discretion of locking you up for a long as he likes. No limits. No controls. You can even be sentenced to life in prison!

Why did the government go after Kevin in the first place?

Throughout his 30-year career, Kevin has ruffled many feathers, in his own words, “exposing corporate and government corruption. including the dangers, addictiveness and ineffectiveness of many prescription drugs”.

I’ve had a number of chances in the years we’ve spent here together to listen to Kevin’s opinions on government, corporate America, including Big Pharma, and many other subjects.

Kevin has enlightened me on many issues. I remain skeptical about certain things he says and disagree with some of his views. But I also happen to believe that the world needs provocateurs like Kevin.

However, none of that really matters.

The real issue here is not about the value of Kevin’s books, whether you agree or disagree with his opinions, or if what Kevin says is true and correct. The issue is not even about the ridiculous 10 year prison sentence.

For me, Kevin’s story is actually a perfect opportunity to reflect on the reasons that my Mother left the Soviet Union. About the vanishing freedoms that too many people in the USA take for granted, but are even in this day and age, still the subject of daily life-and-death struggles in many parts of the world.

Kevin’s story is about the right to free speech.

The ability to express your personal opinion, no matter how inconvenient or incendiary to the powers that be. Not having to worry about arbitrary retribution from big business and the government. The expectation of a fair and balanced judiciary system.

In other words- THE RIGHT TO LIVE AND EXPRESS YOURSELF WITHOUT FEAR OF TYRANNY.

We MUST stand up for every person’s right to express his views without having to think about retribution from big business, our government, and judges.

Irrespective of whether we consider a person’s books to be God’s own gospel, “alternative facts”, or even outright lies, no author should ever have any reservation about publishing and promoting his work in any way that he chooses. (This of course does not apply to categories that must be controlled in any civilized society, such as child pornography.)

It’s hard to imagine that the American justice system has become as repressive as the infamous Soviet “censura”, yet it’s even harder to ignore the evidence that’s right in front of us.

Please take a moment to educate yourself about Kevin’s travails, because what is happening to him, affects YOU.

If “they” can do this to Kevin, who will be next?

Go to KevinTrudeau.com right now and get the story. You will find the relevant facts about the shameful witch-hunt that the US government has levied against Kevin.

Kevin is actively lobbying President Trump – the only person left who has the power to “right this terrible wrong” by pardoning Kevin, or at least commute (reduce) Kevin’s outrageous sentence and have him released (he has already served over 6 years).

I hope you will join me and thousands of others in supporting this very important fight for Kevin’s freedom and, by extension, our very own.

This is about Free Speech and government censorship.

This is about stopping government overreach and abuse of power.

This is about stopping judges from ignoring the law, and making decisions based on their personal and political beliefs.

This is about corporations and special interests controlling politicians and judges.

Most importantly, spread the word. Feel free to forward this letter or write your own.

I did not want to make this letter too personal, but Kevin has been as good a friend to me as anyone could possibly wish for, whether in prison or on the street… There is no place you could ever get to know a person as well as you do living next to them 24-hours a day, seven days a week for almost three years in close quarters. You don’t even spend that much time with your spouse or children.

Kevin is truly one of the most honorable people I have ever met and I’m proud to know a person of such rare vintage.  They just don’t make ’em like that anymore.

I also admire his fortitude and constant cheer and sense of inner peace in the light of the massive injustice that has been perpetrated upon him. He is always blissfully happy, and nothing ever “gets him down”.

His attitude is simply “superhuman”.

Kevin was living a comfortable life in Europe when this drama started to unfold. He did not have to come back to America to face these ridiculous “contempt of court” charges brought against him by a single vindictive judge. He did so to stand up for OUR RIGHTS and OUR FREEDOMS.

Please take a few minutes out of your day to do the same for him.